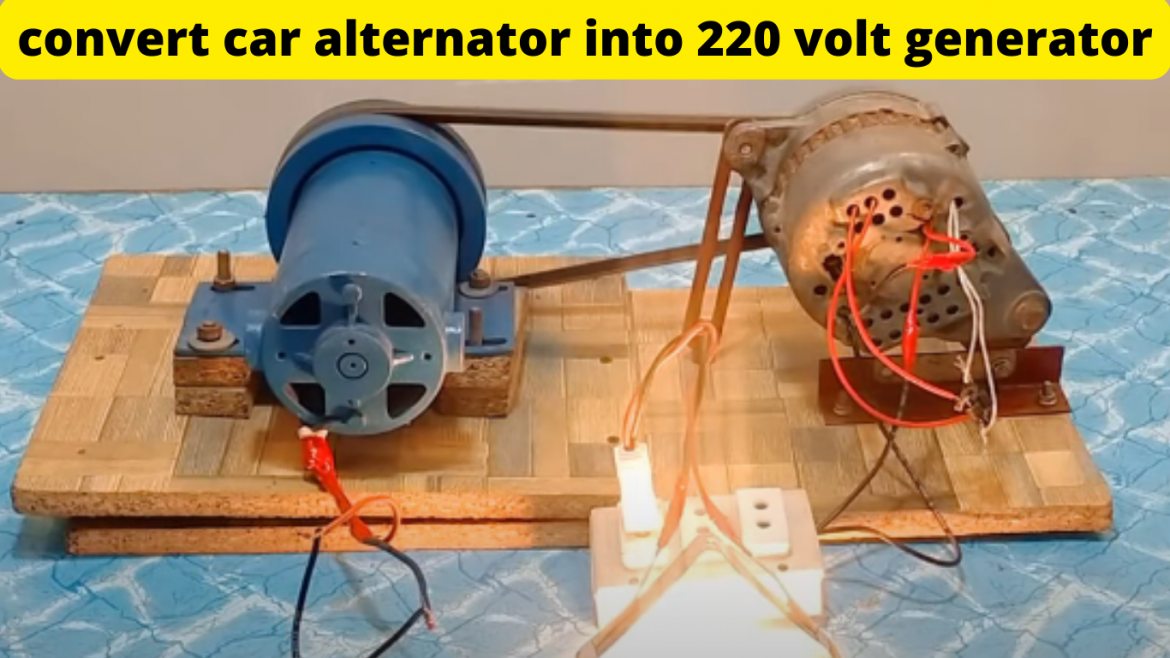 How to convert a car alternator into 220V generator.

If you are thinking of converting your existing car alternator into a 220V Generator, you’re in luck. It’s easier   than   you might think.   This booklet   will show you   how to convert     an alternator into 220Vgenerator. This will give you a 220V generator.
here we have an 220V alternator. First of all we need some basic tools such as tool kit, now we will open the alternator. Now we will remove old winding from straitor. the are 36 slots in staritor. You can easily convert   your    current car   alternator into   a 220V Generator,   if you know   how to make the right modifications.
when we removed the old winding we will put the winding paper into the alternator’s straitor after doing this   check   the size   of slots as   shown in the   given video.  here I  am   using   wire  number 23.
the number of turns are 70. there are 3 windings the first 2 windings are for 220V and the 3rd one for making magnet. Because some of the alternators have fixed permanent magnets but in this there are no magnets  thats   why  we use  the third   winding as a   magnet which   have double   wire and  20 turns.
after doing the given procedure put the straitor back in the alternator.after that now you can use it as a 220V generator. if you know the connection then it is  very good  if not  then  watch  the video  which is given below.
When converting your car alternator into a BLDC motor, make sure to make sure that it’s made from the correct material.
This kind of 220V generator will run based  on the magnetic  field  of the rotor.  If the car   alternator is designed for a higher voltage, it will be able to generate more electricity. A high voltage will enable it to produce more torque.
you can view each and every detail of the conversion of a car alternator into 220V generator in the given video.